What is Echinacea? An Ancient Medicinal Plant 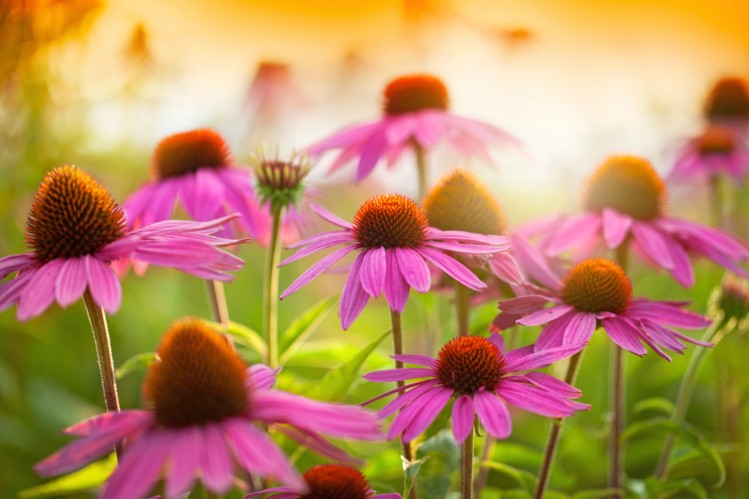 What is Echinacea? An Ancient Medicinal Plant

Primarily known for its role against colds and strengthening the immune system during the winter, Echinacea is useful for much more than that: we offer here its 6 most recognized benefits. In the great American plains, Native Americans used them to relieve respiratory tract infections and snake bites. Research today recognizes the use of adjunctive treatment for respiratory tract and urinary tract infections.

Native Americans living in the Great Plains of the US east of the Rockies used echinacea species to treat a variety of health problems, including respiratory tract infections and snake bites. During archaeological excavations at sites frequented by the Lakota Sioux, echinacea seeds dating from the 17th century were discovered.

The settlers from Europe adopted the same medicinal uses as the Amerindians and from 1800, both the supporters of eclectic medicine (19th century until the beginning of the 20th century) that more classical doctors used echinacea in their clinical practice.

From 1916 to 1950, echinacea was listed as a pharmaceutical ingredient in the US National Formulary. Subsequently, the plant became obsolete due to the introduction of synthetic antibiotics commonly used to treat previously treated infections with echinacea. But German doctors, who discovered the plant around 1920, continue to use it in their clinical practice.

In 1938, the German physician Gerhard Madaus undertook the first series of scientific studies on echinacea. Ironically, it is in Germany that most of the scientific research on this plant of American origin will be done. It became so popular that supplies from the United States ran out and Madaus decided to take it to Europe by growing it on a large scale.

Today, echinacea is gaining momentum in North America, partly because of the development of microorganism resistance to antibiotics.

The Top 6 Health Benefits Of Echinacea

The traditional use of Echinacea was primarily related to its ability to reduce pain. Indeed, this plant can help face various physical ailments such as:

A good way to use Echinacea for pain is to drink an infusion of Echinacea, or even make a paste from the dried plant and apply it directly to the affected area.

2. Works As A Laxative

Like many other herbs, Echinacea is particularly effective in the care of the stomach and the digestive tract in general. For example, Echinacea can be used as a mild natural laxative to relieve constipation problems.

However, it is important to limit your consumption of Echinacea: if you drink it daily, do not exceed the limit of the two cups and pay attention to follow the instructions given on the packets.

Chronic inflammation is at the root of the vast majority of diseases, so it is essential to fight against it. Various factors such as stress, lack of sleep or poor diet are the source of it.

According to some studies, Echinacea effectively fights inflammation, helping to reverse and relieve the effects. It even seems that it can fight against uveitis, inflammation of the eyes.

Thus, it is advisable for people suffering from inflammatory conditions, in particular, rheumatoid arthritis, to regularly consume infusions of Echinacea.

Echinacea is extremely effective for skin problems and can also help it regenerate. Traditionally, this plant was used against:

Echinacea is recommended to support problems related to attention deficit disorder with or without hyperactivity. People with this disorder are generally more likely to experience emotional disturbances, including anxiety, depression, or social phobias.

On the other hand, it is absolutely essential to control the doses consumed: it is important not to take more than 20 milligrams at a time, because taking more can cancel the anti-anxiety effects of the plant.

Thanks to its immune and anti-inflammatory properties, Echinacea helps relieve respiratory symptoms caused by the following diseases and disorders:

Indeed, a clinical study of asthmatic participants found that Echinacea was just as effective against this disorder as the synthetic drugs usually used. In particular, Echinacea had impressive anti-inflammatory and bronchodilating properties: thus, the plant is recommended for the accompaniment of allergies and asthma.

For the most serious cases, it is better to take supplements since infusions are sometimes not sufficiently concentrated.

Echinacea is an excellent natural remedy against a wide variety of infections, the Echinacea fight against:

Some people may experience side effects while consuming Echinacea. Generally, it is nausea and stomach pain, but sometimes it can be more serious. Some people may also have allergic reactions.

People with asthma or allergies are more likely than others to be allergic to echinacea. People allergic to plants of the family Asteraceae (or compound, daisy family) are likely to suffer from the allergy to Echinacea.

Children with ear infections should not take echinacea if they have upper respiratory tract infections, as this may increase their risk

The consumption Echinacea is strongly discouraged to people suffering from autoimmune diseases since this plant has a very powerful effect on the immune system.

Echinacea is safe in pregnant women and children over 2 years old, but it is always best to consult a doctor before taking supplements if you are pregnant or breastfeeding, or if you give it to a young child.

It’s essential to take the recommended doses on packs or by your therapist or doctor since too much consumption can have harmful effects. As you can see the great benefits of Echinacea, there is nothing bad trying your hand on such a wonderful ancient medicinal plant substance.